Tales from the City- A Shell Grotto In Margate. 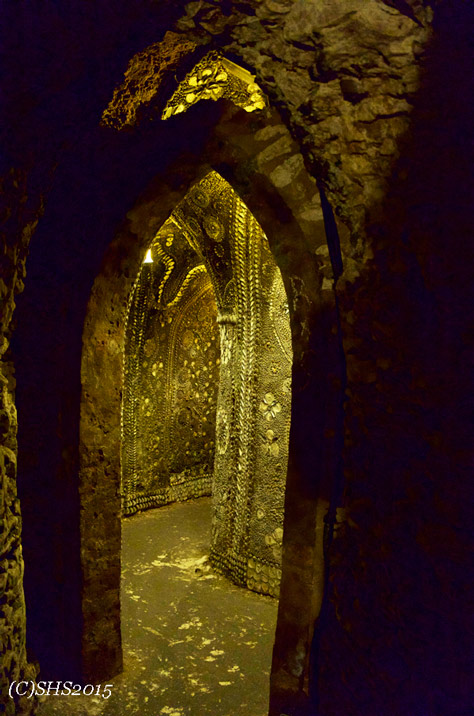 We headed out to a Shell Grotto in the seaside town of Margate, famous for the great artist Turner.  A Shell Grotto? Oh, I did have a little moan.  Now, I’m not a big fan of touristy things, and the idea of gnomes covered in shells really did my head in. Did I ever have to eat my words! This Grotto apparently has over 4.6 millions shells. I have to pause hard at that number. Who on earth took the time to stick all these shells in a dark damp cavern underneath a garden? What dedication, or rather obsession, that person must have had! 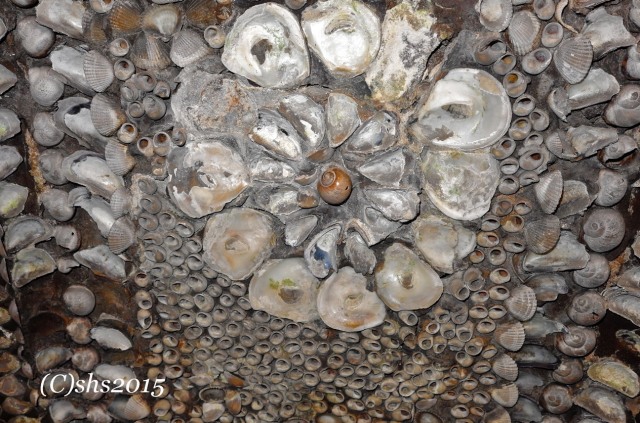 A detail of one of the many flower shells decorating the Grotto.

There is over 70 feet to wander through. That doesn’t sound a lot, but when you consider every inch is covered in shells, and by hand, it boggles the mind. 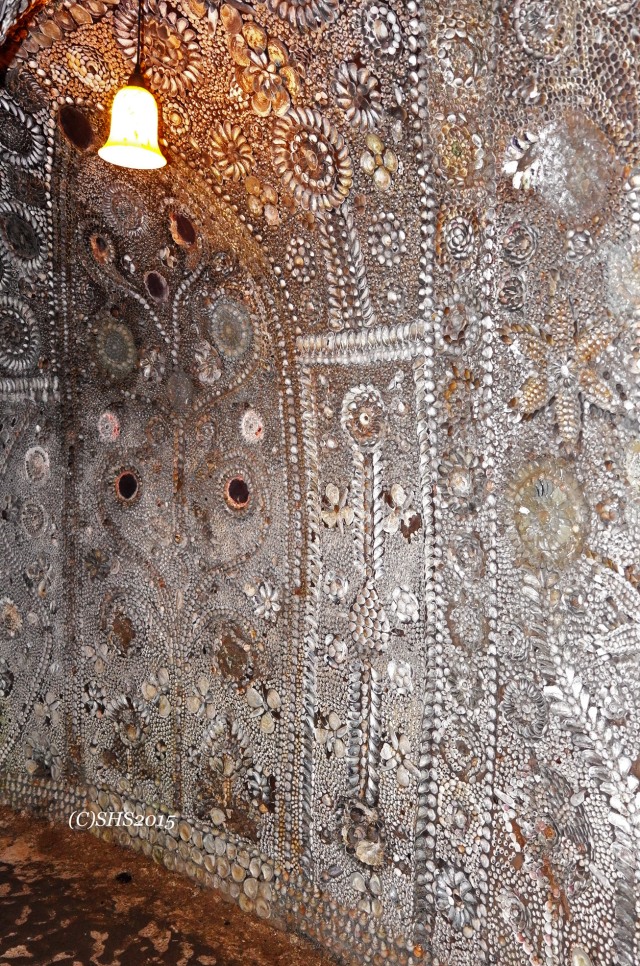 Legend has it that in 1835 a Mr. James Newlowe lowered his son into a hole that appeared whilst digging a duck pond. Curious child care back then, but what an adventure! The boy apparently came out covered in shells. The Shell Grotto had been discovered! To this day no one has been able to say why, or who built this grotto. 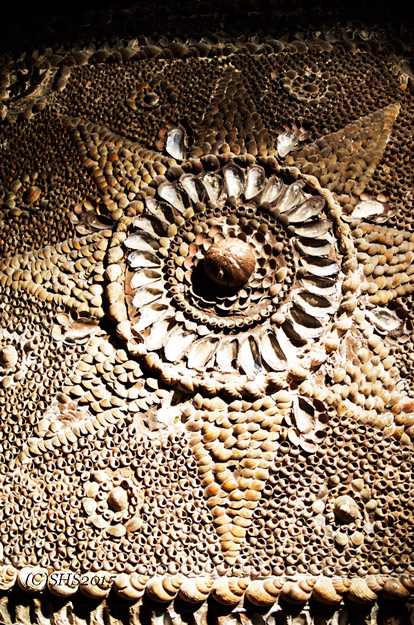 A stunning sun or star created from shells. It’s up to the viewer to choose!

I studied the mosaics, looking for various religious markings, and I could not find one of any faith. So was it a pagan temple, or as I became to think, the work of a very lonely person. A middle aged man, perhaps,  who was obsessed with sticking the shells to the walls in the middle of the night? There is no local history to explain who, or why this grotto was created. But I imagine this very ordinary man, coming home from work, having tea, and then  listening to Radio Four. Tea cup and plates washed up, out into the garden he goes to slip  down a little hole covered up with garden pots, escaping into his very private and magical world with a flask of tea, a basket of shells, and a torch to light his way. 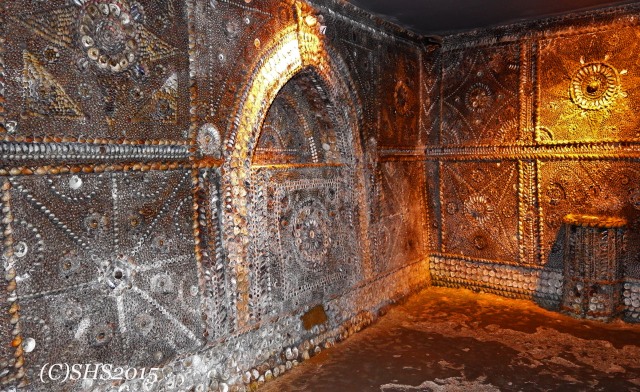 The grotto opened as a tourist attraction in 1838 and it still amazes this twenty-first century traveller. Whatever the reason behind the creation of this Shell Grotto, it remains a fascinating glimpse into the mind of its creator. If you get down to Turner’s English Seaside town of Margate,  you have to stop in. Photographs just do not do the Shell Grotto justice. You have to walk inside, feel the damp air, look up and around you to see a magical world created by nothing more than seashells. You cannot help but wonder at the time and the passion needed to create such a work of art.

The Shell Grotto is located at Grotto Hill, Margate, Kent CT9 2BU For more information on the Shell Grotto, and when you can stop in for a lovely cup of tea just follow this link.

It’s rare to catch me without coffee, a form of camera, or my beloved wire fox terriers. I love the history, the art, and it’s a massive part of my life, as I either paint, write, or get interrupted by my dogs, reminding me of the real world. I hope you enjoy your time here. It’s such a privilege to have readers.
View all posts by susan sheldon nolen →
This entry was posted in England, Tales from the City- London that is... and tagged Decorating with Sea Shells, England, Kent England. English Countryside, Margate, Sea shells, Sea Stars, Seashells, Shell Caves, Shell Grotto, Shells, Turner, wonders of the world. Bookmark the permalink.

5 Responses to Tales from the City- A Shell Grotto In Margate.