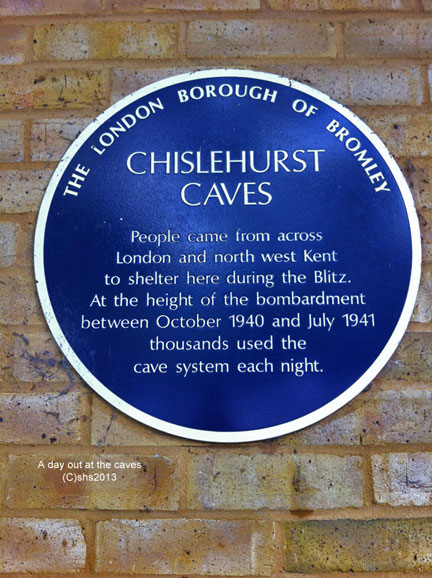 Sometimes a places gets the recognition on the round blue disc.

I like wandering about. When I do, it’s always great fun to look up and see a blue disc above a doorway, informing me that this is where Charles Dickens lived, this is where Pepys ate lunch. It gives one a sense of belonging to the past.

It’s a brilliant idea that started in the 1860’s and now in the age of austerity it looks as if this little blue plaque might go the same way of many things so typically British into the  memory bins of the past. I hope not. English Heritage took over the scheme and has now announced the end of the programme.  With so many people visiting London, I have to ask, why must this practice fade away?

The Blue Plaque has lasted 147  years, having its birth in 1866 when William Ewart and Henry Cole, and the Royal Society of Arts erected the round discs, the first being in 1867 for Lord Byron. A fitting candidate  So from 1866- 2013, I suppose that’s been a good run.

In order to have one of these little blue discs put up in one’s honour, the person had to be dead for twenty years and be considered important in their field, having contributed to the human condition in a positive way. They might have lived in the building or spent some time there. Curiously Shakespeare who lived and worked in London, never did get a bit of blue. Odd I think…

Regardless of who gets  a blue plaque, London will lose something if the blue disc is to be lost forever. I am hoping that somehow English Heritage will find a way to save this little bit of our history. It’s rare to catch me without coffee, a form of camera, or my beloved wire fox terriers. I love the history, the art, and it’s a massive part of my life, as I either paint, write, or get interrupted by my dogs, reminding me of the real world. I hope you enjoy your time here. It’s such a privilege to have readers.
View all posts by susan sheldon nolen →
This entry was posted in Tales From The City and tagged Blue plaque, Charles Dickens, England, English Heritage, Henry Cole, Lord Byron, Royal Society of Arts, Shakespheare, Tales From The City. Bookmark the permalink.