Sometimes taking a red-eye isn’t the smartest thing to do. I got some sleep on the plane only to be woken up far too soon. Boston was warm, hot actually, and very sunny. As I headed towards baggage, I was mentally doing a run through of all the clothes I had packed- all too warm. I passed by one of those  airport food stalls, shut tight this hour of the morning, but still it caught my eye. Lobster Pretzels! Lobster? Well there was no doubt to a weary traveller, I was  in New England, but it was too early in the morning to nosh on those lobster pretzels.

One of the many of Boston’s tunnel tops. This time with three magic pumpkins.

Driving from the hotel to the airport, you don’t get to see a lot of Boston, as they have cleverly built tunnels to and through the city. On top  of these car tunnels is part of the Emerald Chain of Parks. It’s a clever idea, shuffle the traffic underground and plant trees for those above. I have a really hard time with tunnels and fast cars, it never fails to remind me of  Princess Diana and that awful day in the Paris Tunnel. I just can’t shake that memory whenever I go through a car tunnel.

I headed over to a grand old hotel, the Copley and whilst checking in found out that I was there on its 100-year-old birthday. I love historic hotels and would rather stay in one of them even if the bed creaks and bathroom doors don’t always shut. The Copley was…well…sumptuous…a treat from another era.  In 1912 the Copley was opened by the Major of Boston,  J. F. Honey Fitzgerald, the grandfather of President Jack Kennedy.  It cost some five and half million dollars to create. What a sum!  It’s a mammoth seven story limestone building, heavily relying on French and Venetian renaissance touches. 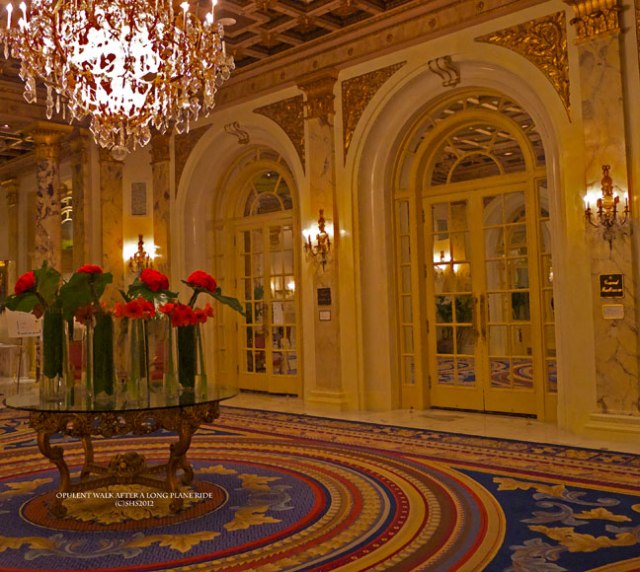 It’s an E shaped building and rests on woods pilings, pounded some 70 feet below the surface. Much of Boston has been reclaimed from the swamps I was to learn. It reminded me of good old Holland and its constant battle with the sea.

I did walk and walk, and unlike Harold  in the Unlikely Pilgrimage of Harold Fry, I did not place duct tape on my blisters. Shoes were going to be a major problem this go round, too new apparently, and I have to confess,  a little too much vanity on my part.  I should have trod around in dusty old trainers and be done with it.

Boston was not what I expected. I thought it would be like other east coast cities, hard, dirty, littered,  and speckled with graffiti, but what a surprise. Boston was so clean I had to look hard to try to find litter, and graffiti? Buildings were free of it. I am sure I must have missed some dirty areas, but hats off to Boston, you have a clean city. Poor old London, you do need a good washing up. Boston also has a very good calm energy. New York has a frantic energy to it. Boston felt relaxed, even though people were rushing past me to go to work, horns honked as drivers forgot the concept of light changing and blocked the intersections snarling up traffic, lines went around the door to coffee shops, but still Boston didn’t feel at all wrapped up in a hectic frenzy of a big city. Why? I thought maybe I was tired from flying, but after five days, I still have the same impression. Boston is clean, walkable, and green and for a city, very calm. 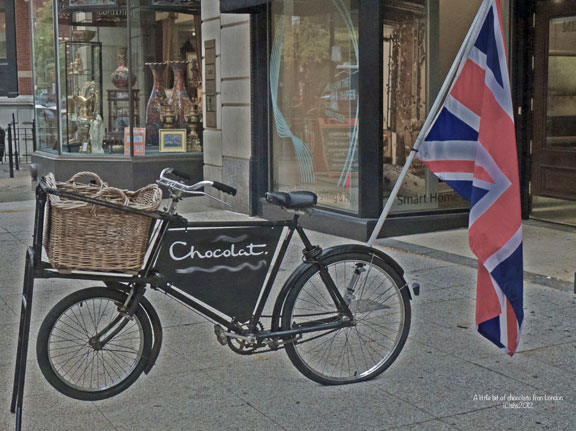 A Bit Of London Chocolate in Boston

I walked along Newbury Street, and although the architecture was different, I could have been in London as all the high-end names were there. I felt like I was in some sort of weird time place worm hole. If I wanted to shop for something different I was out of luck. London and Paris High Streets were firmly planted in New England. I suppose it’s just something that is…the world is indeed becoming the same all over. I love going to new places and finding local things, and apparently the proverbial  grass is always greener, and High End Europe was the thing on Newbury Street.

The hotel rang and my room was finally ready, it was time to get out of the old travel clothes, take a hot bath, and just have dinner in the hotel. I was knackered. My feet already killing me. Not a good sign for day one.

It was an odd first day, waiting for the room to be ready, ready to discover Boston, and then once in the room, only to discover that the pillow was waiting for me, and I slept a good three hours away!

It was late when  I came down the stairs and I did something I rarely do, that is hop on one of those tourist trolley tours of Boston. I’m glad I did it. It gave me a feel for the city’s lay out and I do recommend it. It’s great to pop on and off and gave me a free tour of the Harbour to boot. 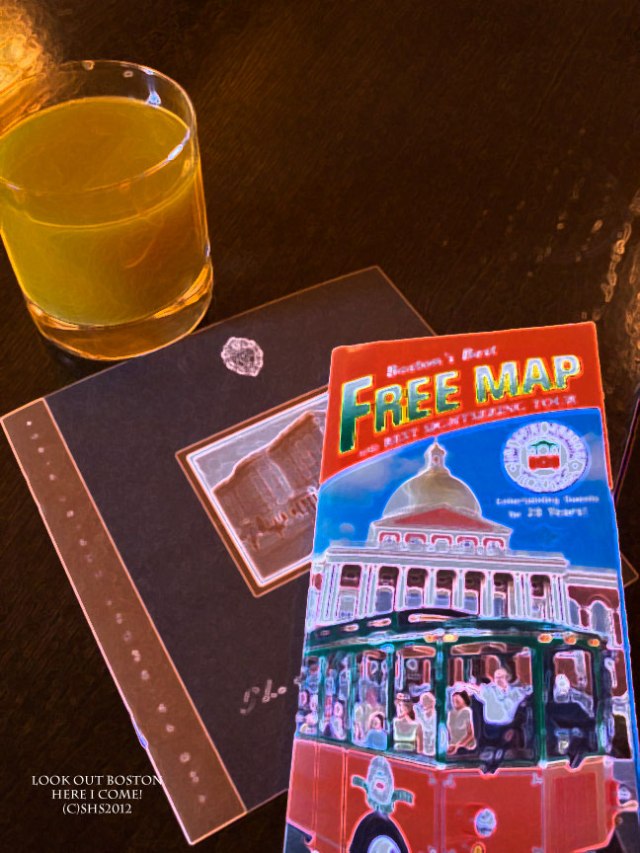 As I wandered around the old hotel, I discovered that during World War Two the elevator operator’s had to be over sixty-five years of age as the war claimed the young. Nowadays you need your plastic room card key.

But aside from all the glitz and glamour and uber posh post boxes, the best thing about the hotel was Katie, the black Labrador Retriever.

Katie Copley, the old black Lab greets the guests with a friendly wag of her tail,  reminding us all that no matter how much gold dust is in the air, or how posh one’s bed is,  nothing is more important than being greeted by warm brown eyes and a wagging tail. 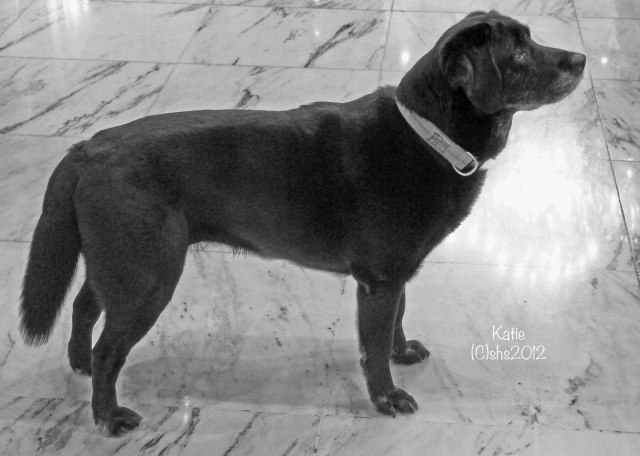 Goodnite Katie…and Goodnite Boston.. Day One is over…

It’s rare to catch me without coffee, a form of camera, or my beloved wire fox terriers. I love the history, the art, and it’s a massive part of my life, as I either paint, write, or get interrupted by my dogs, reminding me of the real world. I hope you enjoy your time here. It’s such a privilege to have readers.
View all posts by susan sheldon nolen →
This entry was posted in Architecture, Travel and tagged Boston, Copley, Hotel, John F. Kennedy, Labrador Retriever, Massachusetts, New England, New York, Newbury Street, Paris, paris tunnel, Pretzels, Princess Diana, Tales From The City, The Unlikely Pilgrimage Of Harold Fry, United States, venetian renaissance, World War Two. Bookmark the permalink.