Tales from the City- Messing about in the river- The Thames

A Rain Day spent on the River Thames…

“Is it so nice as all that?” asked the mole, shyly…

“Nice? It’s the only thing,” said the Water Rat Solemnly, as he leaned forward for his stroke. “Believe me, my young friend, there is nothing — absolutely nothing — half so much worth doing as simply messing about in boats.”

“Simply messing…about in boats — or with boats… In or out of ’em it doesn’t matter. Nothing seems to matter, that’s the charm of it. Whether you get away, or whether you don’t; whether you arrive at your destination or whether you reach somewhere else, or whether you never get anywhere at all, you’re always busy, and you never do anything in particular; and when you’ve done it there’s always something else to do, and you can do it if you like, but you’d much better not.”

“Look here! If you’ve really nothing else on hand this morning, supposing we drop down the river together and have a long day of it.?”
Good Old Mole, you had it so right, here are some shots of the river on a rainy day in London Town with some rain drops on London and some on the camera lens. 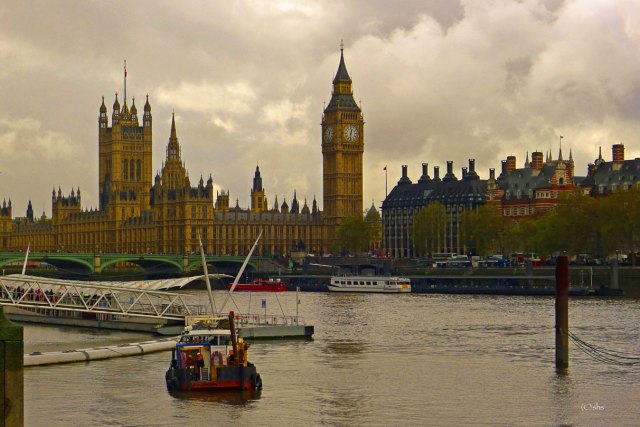 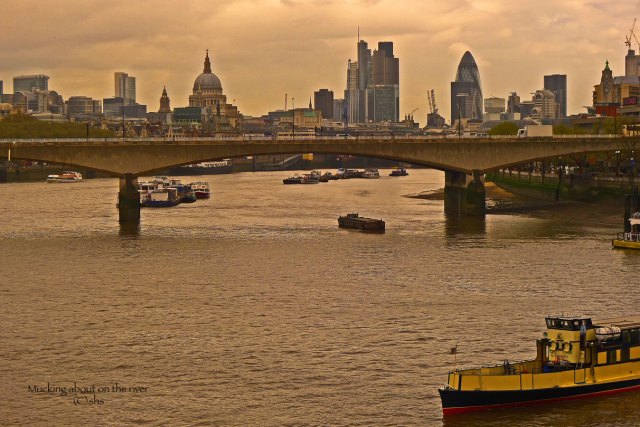 St Pauls’ Cathedral and friend in the everychanging London Skyline, the Gerkin. The Gerkin was built on the site of the old Baltic Exchange, too badly damaged by an IRA bomb blast to endure restoration.  So from St. Paul’s famous whispering gallery to dinner at the Gerkin, magic viewed from the river. 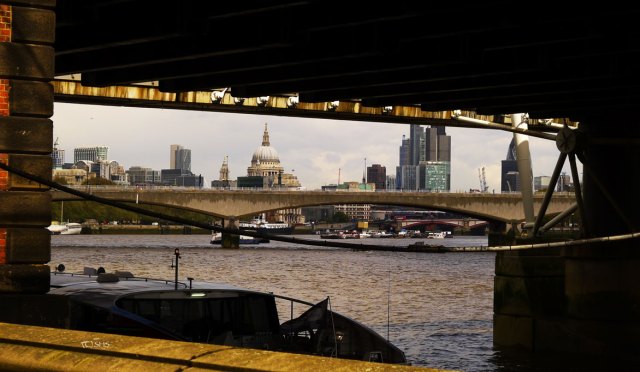 St Pauls from underneath the bridge

A shot of St. Paul’s from the embankment after a good strong cup of tea. 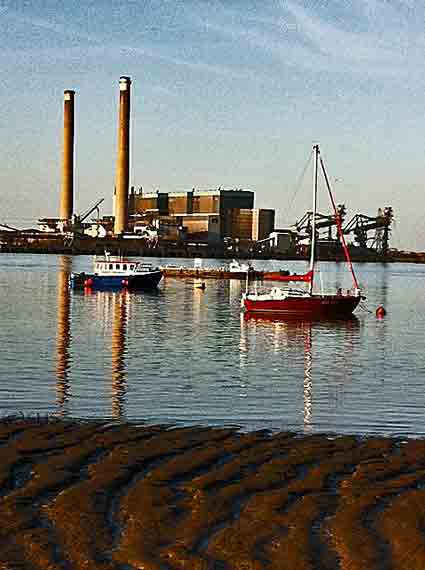 Sunshine on the River Thames and the Tilbury Power Plant

A working power plant on the river in a sunny moment. This time a photo from the good old iphone camera. 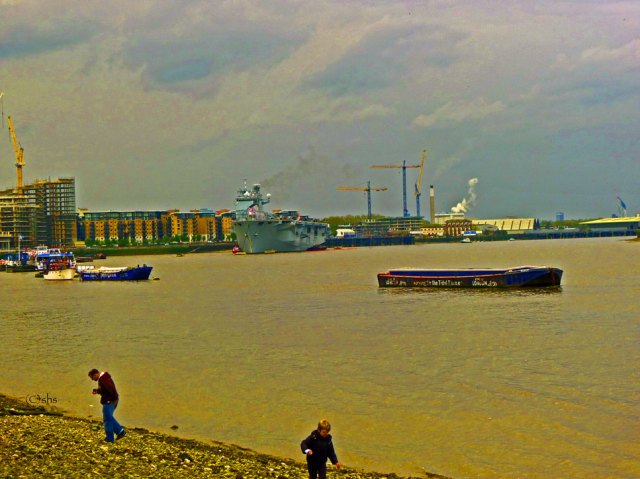 Mucking about when the rain lets up. Battleship watching and seashell scavenging. The Thames never remains the same. 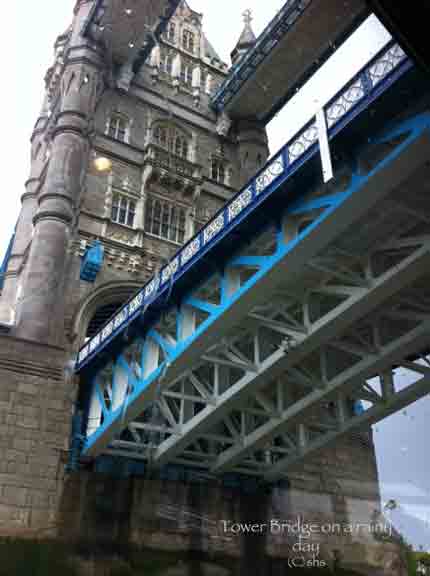 Rain Starting to Tip down on Tower Bridge which raises in 90 seconds!

Swans on the River Thames and I end this post with some thoughts about being English and mucking about in the River in the mindset of 1932….

“We English cannot boast about the greatness of our rivers that is, about their greatness measured coldly in miles either of length or width. Nor do we. We do not seek to match our Thames with Amazon, our Mersey with Mississippi, our Severn with Zambesi. These could swallow our rivers, hardly accounting them rivers, almost our country even and scarcely know the difference.

We have no imposing deltas, no thunderous cataracts, no perilous rapids. But if they are no giants, our rivers have personality and character. They are very much a part of our lives, almost of ourselves.

And the river itself means the confluence of many brooks near Coates, on the edge of Gloucestershire, below Cirencester.

It means Isis above Dorchester where the Thame flows into it and Thame and Isis are one name and one river thereafter.

It means the dividing line between Berkshire and Oxfordshire, Berkshire and Buckinghamshire, Middlesex and Surrey, and then at last Essex and Kent.

It means Oxford and Reading and Windsor, Pangbourne and Henley, Putney and Mortlake, London.

How much of England is in those names? What would be left if all that is and has been on those two hundred miles of river-banks were swept away out of our lives, out of the past?”
1932: ENGLAND by Ronald Carton –

It’s rare to catch me without coffee, a form of camera, or my beloved wire fox terriers. I love the history, the art, and it’s a massive part of my life, as I either paint, write, or get interrupted by my dogs, reminding me of the real world. I hope you enjoy your time here. It’s such a privilege to have readers.
View all posts by susan sheldon nolen →
This entry was posted in England and tagged Baltic Exchange, Big Ben, Boat, England, Grahamn Greene, Houses Of Parliment, Kenneth Grahame, London Eye, Oxford University, Power Station, River Thames, T. S. Elliot, Tales From The City, Thames, Thames River, The Wind in the Willows, Tilbury Power PLant, Tilbury Riverside, Tower Bridge, Willow, Wind in the Willows. Bookmark the permalink.