The Old Terraced House- The Beast of a cooker! 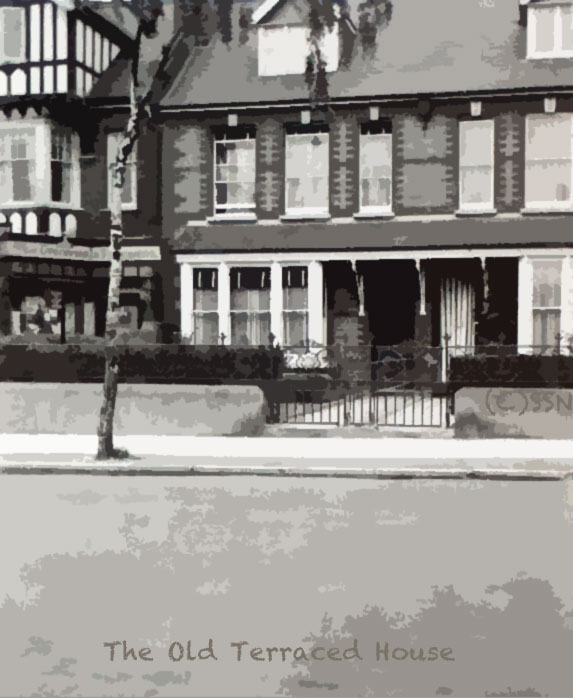 Ah, the kitchen. Here everything is cooked up, school lunches, dinners with friends, Nespresso cups of coffee, arguments, laughs, it is the beating heart of the home.  Quite often when people come into the old terraced house, the first thing they ask when they step into my kitchen, is… “Do you actually cook with that thing?”

I am just as surprised as they are. Cook with it? What ever for? Women had it hard back then, why on earth would I want to replicate that lifestyle? This old cooker gets the “old dust off” and quite happily at that!

My old Victorian Terraced house has one of these old cookers still standing, a reminder of the industrial age. I’ve tried over the years to keep the house as old as it wants to be, but I’ve insisted on some modern inventions such as my Nespresso Machine. The house will just have to accept that compromise. But the old black cooker–what a marvelous beast it is!

The Good Old British Kitchen Range was first invented around 1780. It was a dangerous affair offering a hob grate in the center where the fire was lit, an iron oven with a hinged door and an iron tank for water. I can just imagine the howls of pain when someone was foolish enough to brush by this beast.  Food was often burnt on one side and on the other slightly underdone. It made the kitchen extremely hot.  The fire-box could become hot enough to melt the metal bars! Just imagine what that could do to a toddler who fell against it. I shudder to think of it.

Mine is a closed range cooker which was first introduced around the 1840’s. It has a metal plate that covers the fire-box and rings for pans and a large tea kettle to rest upon. There are moveable panels on the front of the grate for Sunday roasts. Some had two ovens on either side of the fire box. Mine is a smaller version with just one oven. Instead of loaves of bread, I keep instruction manuals to heaters and other household tools on the oven shelves.

There seems to be a wide variety of shapes and sizes, just like our modern cookers. Mine was made by Teuten and Co. LTD, 22 Upper Thames St, London. I’ve dug around the old beast and just can’t find a date stamped on it. I assume it is from the latter 1800’s or even early 1900’s.

Instead of clean burning fuel from British Gas, these ovens used coal. What a job for the keeper of the house.  Coal soiled the house, aprons, hands, and coal dust got everywhere. No wonder so many Victorian Homes favoured dark paint. Who has the time to constantly try to wipe clean bright white walls? The coal dust was constant. The coal was put in with a little coal scoop right into the top. Hot bits of coal from the cooker were carried into the bedroom fireplaces to warm up the often frozen rooms.  My old cooker has a moveable guard in front of it, a Tidy Betty, to contain the spent ash. When I moved the Tidy Betty for the very first time, I thought I had broken the oven.

Women must have been strong back then. The cook pots were heavy cast iron. I have a big black iron fry pan and it takes two hands to lift it into the sink for a good wash up. It will last my life time and beyond.

The old black cooker would often need cleaning as the heat would burn off the black colour leaving, well… a rather dirty iron looking cooker. Not the sort of thing the proud Victorian woman would want in her kitchen. So out comes the tin and the cooker is polished back to its dark glory.  I have blackened it myself once and I hope that was the last time I ever need to do the job. Blackening comes in little tins. It used to be black lead.  I am not sure if it was the type of lead that was deadly, but still, imagine handling that with bare hands and giving the old cooker a good polish every few weeks. A microwave is sounding better by the minute! The inside of the cooker was kept clean very much like our modern ovens, turn the heat on and burn away the debris.

The old back cooker was the most crucial item in the Victorian Kitchen, with its ovens, boiler, hob around a central coal fire, all snuggly built into the fireplace.  With a spot to boil hot water, hot plates to cook on, a hot water outlet or as I prefer to call it, the ankle basher, ( I can’t tell you the times that spigot has caught me!) baking oven, flue, and mysterious knobs that are apparently damper controls. I don’t like playing with them, things start to fall and that’s when I pack it in and stand back admiring the old beast.  Here’s to the women of the past, hardworking, and strong. I am just glad I don’t have to cook on this old cooker!  Mine’s very useful for showcasing bottles of wine left over and waiting to be shared. 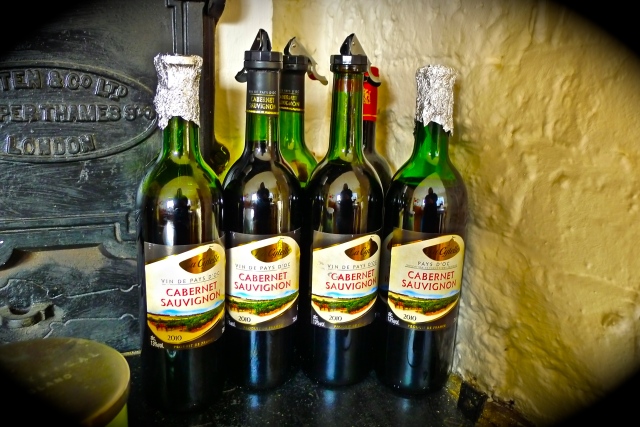 It’s rare to catch me without coffee, a form of camera, or my beloved wire fox terriers. I love the history, the art, and it’s a massive part of my life, as I either paint, write, or get interrupted by my dogs, reminding me of the real world. I hope you enjoy your time here. It’s such a privilege to have readers.
View all posts by susan sheldon nolen →
Gallery | This entry was posted in England, Memories and musings and tagged black lead, Coal Dust, England, History, Hot plate, Iron, Kitchen stove, Nespresso, Photography, Tales From The City, terraced house, Tidy Betty, Victorian, Victorian Kitchen. Bookmark the permalink.

8 Responses to The Old Terraced House- The Beast of a cooker!