Tales From The City-Putney Bridge 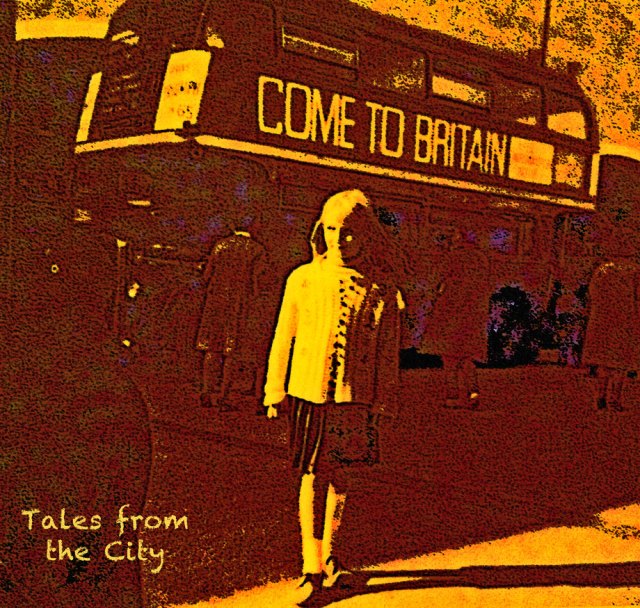 I had just spent a lovely afternoon in Fulham, and it was time to get back home.  I had spent some time in the Fulham Palace Gardens, not too far from my tube stop. The Gardens used to have a beach, and it is rumoured to have one soon again. Fulham Palace used to be the summer home of the Bishop of London.

In the early 16th century, it was famous for growing rare exotic plants and trees. Grapes were sent to Queen Elizabeth 1, a wondrous gift, and a delicacy unheard-of then. The magnolia tree grew for the first time in Europe, planted in Fulham by a Bishop Compton. Now, the Fulham Palace is a public park and you can wander around the tree-lined paths, go to the boating pond, or the garden centre, where I mooched around for a bit with a latte in hand. There is a wonderful little latte shop, just across from the garden centre called, Tinto Coffee. One afternoon there, I ran into a massive Newfoundland dog and it’s owner, an extremely petite elderly woman–an amazing combination. I checked my wristwatch; it was time to head back home to Kent. I had a long journey ahead of me so with a brisk walk; I started off on my journey to Putney Bridge about a quarter mile away. It was just that perfect hour. The work rush was over, and I managed to get the Tube with only ten people in my carriage. Once inside my carriage, everyone spread out, Ipods plugged in, books on laps, newspapers opened, and a young couple, deeply in love, murmured to each other oblivious to the world around them. It felt so good to sit down after walking about all day.

The door closed, and we started off towards Edgware Road.  It takes about 20 minutes if there are no delays or works planned to get to Earls Court where I needed to change trains. The district line is both above ground and below and on this part of the journey we sped past the rooftops of London, passing a mix of chimney pots and garden pots and window baskets, bravely fighting the grim of the London yellow brick. Only twenty-five of the stations on the District line are underground. I remember my first time on the tube, and when we headed up out of ground, how the sunlight shocked me. It felt as if I were on a train, and it still feels odd to me to this very day. The tube for me is underground, regardless of the reality.

I just recently learnt that the tube line shown on Eastenders, is the District line, and the Walford Tube Station is in fact, Bromley-by Bow! Watch out Phil Mitchell, you might run into me!

The District line, started operation on 24 December 1868 between South Kensington and Westminster. It’s slow and cranky and often crowded. You have to watch out which train you step into, as the District Line is not unlike a hydra, highly complex with a single route eastwards to Upminster, but three branches to the west, Ealing, Richmond, and Wimbledon! There is also a separate Wimbledon Putney Bridge service to Edgware road, and a branch to Olympia! I’ve in a mad dash, have stepped onto the wrong train, realised which branch it was, swore underneath my breath, and got off at the next stop, wondering when will I ever learn? I was heading off to Ealing Broadway when I needed to be on the Wimbledon line. Errg. Today, I had to catch the Piccadilly line to King’s Cross, so I double-checked, yes, I’m on the right branch today!

Riding the tube is never the same experience. I’ve been on the tube and sworn that I had a previous life as a sardine, and here I was reborn again, squashed up next to some bloke who was wearing too much perfume. (Yes, perfume!) On the other side of me, three teenagers speaking in a foreign tongue, English I presume, but I am not party to their current slang world absent of consonants and strange finger signs.  I remember when I too looked at anyone over the age of thirty as old beyond old. Shivers…old person talking. Luckily, today’s ride would prove to have relatively empty carriages, and little delays.

The Train stopped, and I didn’t bother to check which station this was, as we were still above ground and more importantly not at Earl’s Court. Time to settle back down and close my eyes for a bit.

A man got on. He was mumbling and waving his arms about.

It was hard to tell his age from his shattered body. His nose had been broken into a jumbled pile of wobbly flesh, the side of his face held horrible burn scars, and his feet were wrapped in bandages, blackened and soiled.  He might have been sixty or twenty. Life had really given him a battering. His clothing was filthy. His smell filled the carriage.

He clung on to the handgrip, plainly drunk. Immediately, the carriage fell silent as he made his way down, begging for money. Faces peered intently into newspapers. Eyes closed, the volume on Ipods suddenly turned up.  Polite “sorry” was uttered. He was in a perpetual state of drunk. It was hard to watch him and yet difficult to pull away at the same time. I kept wondering what on earth had happened to him. His feet swaddled in the soiled bandages shuffled as he walked.  I watched and wondered where this was going to end up. He got loud.

No one argued this fact with him.  Noses pointed into ultra fascinating reading, anything to avoid eye contact.

“I was in the British Army, and now I fcking beg on the train!”  He shouted, swinging slightly on the handle grip.

He went up to a girl and held out a dirty paper cup and jingled the few coins in its bottom under her nose. She shook her head, mumbled sorry, and turned her face to the side.

He stopped in front of a man with his laptop open and shook his paper cup.

The  laptop man shook his head.

“That’s right I’m’s fcking drunk!” he roared into the carriage. “So don’t feel fcking sorry for me.”

He slowly continued making his way down the carriage. It felt as though this was taking hours, but it wasn’t. One older lady tsk tsked him, but dropped a coin into his cup. He shook it loudly.

A few seats ahead of me, a man in his early thirties started to get angry. But he contained his anger. His fingers clenched and closed in on themselves. But, he remained in his seat, tense, ready to defend himself if this drunk falls on him.  Who picks a fight with a drunk and wins? We all feared the history of this man, and the imaginable horrors that had reduced him to begging on a train.

We were getting close to the next stop. He moved on down the carriage getting closer to my seat when he stopped and looked around. His eyes are blurry and red.

He stood swaying and shook his coin cup.

The girl and her boyfriend huddled closer ignoring the man standing not a foot from her.

“Say fcking piss off!” He lowered his voice. “That’s what you bloody well mean. Isn’t it? Tell me to fking piss off. Go on! Say it!”

The train pulled to the stop. He stood in the opened doorway and shouted back to us, “I was in the British Army, look at me now!”

He stumbled out of the carriage, leaving a massive void, one that I never forgot. The carriage door closed. He disappeared out of sight.  No one else got on.  No one said a word as we continued on towards Earls Court.

It’s rare to catch me without coffee, a form of camera, or my beloved wire fox terriers. I love the history, the art, and it’s a massive part of my life, as I either paint, write, or get interrupted by my dogs, reminding me of the real world. I hope you enjoy your time here. It’s such a privilege to have readers.
View all posts by susan sheldon nolen →
This entry was posted in Travel, Travel Writing London and tagged boating pond, British Army, Bromley By Bow, District Line, Dogs, Drinking, Earl's Court, Eastenders, Edgware Road, England, Fulham, Fulham Palace, Grapes, History, London Dogs, London Underground, Newfoundland, Phil Mitchell, Public Park, Putney Bridge, Queen Elizabeth 1, Tales From The City, Tinto Coffee, travel, Tube, War Veteran. Bookmark the permalink.

12 Responses to Tales From The City-Putney Bridge