What’s in a name, or call me Fletcher Christian! 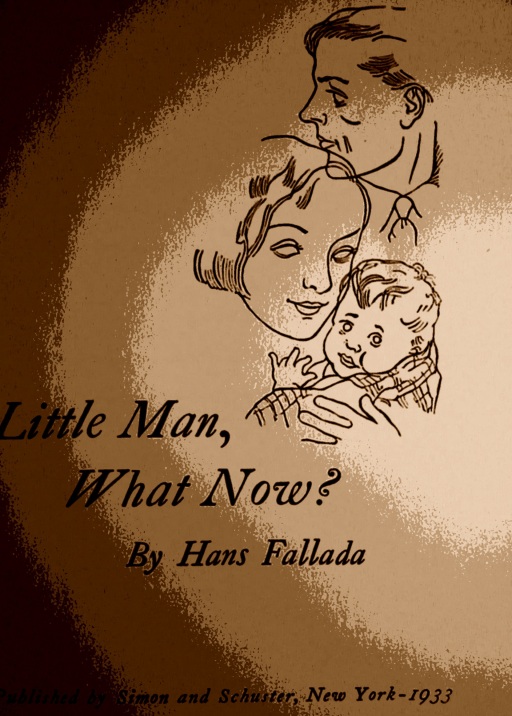 I never loved my name. Growing up I wanted an exciting, different name, and better still, anything other than my own, Susan Sheldon. I discovered the meaning of my name in a well-used copy of ‘what to name your baby’, in a used bookshop. I sat down on a stool and eagerly thumbed through the pages, stopping at my last name, Sheldon. Here we go, I thought with excitement, only to discover Sheldon merely meant from the shelf’s ledge in old English. It was a soul wrecking discovery. Not only was Susan one of the top ten names in England when my father debated on what to call his new squealing daughter, but it’s also Hebrew for Lily. So I am a lily from a shelf’s edge. Not terribly enthralling news for a ten year old in search of a new identity.

Not to be stopped, a few months later, I insisted on calling myself Fletcher Christian, after falling in love with Marlon Brando,  who played the very handsome Fletcher Christian in the film, Mutiny on the Bounty.   My parents refused to call me Fletcher.  My father said, “Susan’s a proper English name, and if that’s good enough for England, it’s good enough for you.” My teacher just shook her head in dismay. My classmates all asked, “Fletch? What? Oh…fetch! Okay! Go fetch!” Needless to say, I quickly dropped that name.

Names change during our lifetime particularly for women.  Do we change our name when we marry or do we keep our maiden name? We first experiment with this choice during early teenage hood, practising writing our new name as Mrs. Tommy Hearthrob. Scribbling it a hundred times with a thousand hearts in our school note books. We are so in love with the coolest boy in school. Even his name is perfect for us. We also scratch out his name in equal passion when the two-day ardour of puppy love fades for a new “I love him forever” rock star.

Even the term maiden name is loaded with emotion. Are we really virgin women, maidens, servants, as the word’s historical usage from Middle English reminds us? Do we let go of the maiden name, a moniker of youthful innocence and step into adulthood and that of another role, the wife, the Mrs?

The term Mrs. originally was a contraction of Mistress, the feminine of Master. Somewhere in the 17th century it was shorten to Mrs. Even then, time saving tricks were in demand, and Mistress vs Mrs, was just quicker and took less ink, ( well prehaps not.)

When we divorce, we often keep our married name, and in our daily lives, we are still Mrs. Smith, unless we take back our maiden names. There is no term for a married woman now divorced. A man will always be Mister no matter his status.

We need to have something in front of our names. Names are private and we only share easily with friends and loved ones. To those that first meet us, and are not likely to be equals or friends, we are uncomfortable with the familiar usage of our name. We want that small barrier, Mrs. Mrs, Ms, instead of our first name, as a protection against the common, to assure us of our place in the world, no matter how powerful or powerless we are in society.

We make progress from the 17th century and use the moniker, Ms. However, Ms. has always felt like a way of avoiding the issue, are you married or not? We don’t ask men to announce their marital status. For women of my mother’s generation, she was called by my father’s full name, a practice I never copied and she never questioned.

What do we name our children? We choose names that either tie us to the past, to those who worked so hard in life, to beloved family members who death’s may have been too soon, or those that passed away in old age, a name of respect, or we name our children after the famous, perhaps secretly wishing some of their fame and success will rub off, or we choose names of beliefs that we hold dear to us, and sometimes when a child is born, the name comes from almost out of the air, this child shall be called … Sometimes when a child is born in an elevator, he is called Otis.

In my never-ending search for a better name, I used to scan baby name books so often that my father with his furrowed brow, would hesitate before asking the dreaded question, are you pregnant? Disgust and indignation was my response!  But I could understand his worry with my obsession with a name. It’s just for a story. It’s for a character in a book, I would respond, secretly hoping it was another chance for me to change my name, a pen name! My nom de plume!

As a writer there has always been a choice to take on an identity of one’s own, write as a man, a woman, or even chose an androgynous name and let the reader guess. But names must be chosen carefully. The new name must for the artist create a sense of what his art is about if only to himself. Take the name of Hans Fallada, born Rudolf Wilhelm Friedrich Ditzen, a name he created for himself.

I first came across Hans Fallada’s book, Little Man What Now, when I was about ten or eleven. The title grabbed me, yes indeed, what now little man? I struggled through the text and gave up about half way, or maybe it was even in the first chapter. I can’t remember. It was a story about an ordinary man who loses his job in a department store in Berlin. His whole existence depends on how much he sells each month. He loses everything to the failing economy along with his identify as a man- the father, the provider. For me, the ten-year-old reader, this was not interesting. I wanted adventure! I was not mature enough to understand the beauty in the revelation of ordinary life.

However as an adult, I was to come across Hans Fallada’s phenomenal book again in my bookcase and had the pleasure to re-read it. Fallada doesn’t have grand themes, he writes of ordinary people struggling through extraordinary times. It is man’s struggle for existence. The book is just as relevant then as it is now. Our current economy has created a massive loss of jobs. The fabled gold pocket watch at the end of a long career is gone, replaced with the dreaded,  despicable word… downsizing. Loyalty to a job no longer matters. It’s commonplace to lose a job no matter how many years one has given to a company and with that job loss, as with the character in this book, so too is modern men devastated and ruined for life.

Hans Fallada at his typewriter

Hans Fallada’s father, a judge, suggested that Hans change his name, after a much-published accounting of a murder suicide pact that Hans survived in his volatile teen years. If he was to succeed in his new life as a writer, Hans would need a new name, and so he went in search of his new identity.

Hans Fallada found his new identity through two characters in the Grimm’s brother’s fairy tales. His first name Hans, was taken after Hans in Luck, Hans who always sees the best in things, the happy go lucky Hans. Fallada did have luck in the sense his book took the world by storm, not just in Germany. Although the success of his book led to a Hollywood film, it also focused unwanted attention on him, by Hitler and his monstrous Nazi regime. Hitler upon learning that Jewish Producers produced the film decreed that Fallada’s work could no longer be sold outside Germany.  So much for good luck.

Fallada’s luck continued to fail him, as neighbours turned him in, he was then arrested, and released. However this did not end the tyranny of the Nazi’s. Hans who had refused to join the Nazi party, was summoned constantly for discussions of his works, always pushed to see what his true affiliations were. The limelight and the pressure from the Nazi party certainly played a large role in his seeking relief in drugs and alcohol.

Fallada kept true to his new last name. Falada, the horse in the Grimns’ Fairy Tale, The Goose Girl. Falada was a horse that could only speak the truth, even after it’s head was chopped off and nailed to the town’s gates. In prison, Fallada writes his tour de force, the novel, The Drinker,  written in code and not deciphered until after his death. The book at first glance  can appear to be just a haunting story of a man’s fall to despair and alcoholism, but it is also an allegory, Germany is the man, and the Nazi party the alcoholic destruction of the man. Like Falada, the horse, no matter what was done to Hans, prison, drug and alcohol addiction; he still found a way to speak his truth.

As often as I struggled with finding a new name for writing, any name tried on, always felt like a borrowed coat, with the buttons closing, but somehow just not right. What’s wrong with these new names? Something was missing, something intangible. Perhaps, it was my history; my grandfather changing our last name to Sheldon to spare his family the horrors of World War 11, my parents hopeful, young, and in love, picking out a name for me the day I was born, a name they thought about, a name they hoped would serve me well in life. A name, I just can’t seem to change, and so it remains.

It’s rare to catch me without coffee, a form of camera, or my beloved wire fox terriers. I love the history, the art, and it’s a massive part of my life, as I either paint, write, or get interrupted by my dogs, reminding me of the real world. I hope you enjoy your time here. It’s such a privilege to have readers.
View all posts by susan sheldon nolen →
This entry was posted in books, Essays, Essays writing and tagged Books, essay, family history, Germany, Grimmns Fairy Tales, Hans Fallada, Literature, Little Man What Now. The Drinker, Marlon Brando, Mutiny in the Bounty, novels, pen names, personal essay, Susan Sheldon Nolen, The Goose Girl, writing. Bookmark the permalink.

10 Responses to What’s in a name, or call me Fletcher Christian!